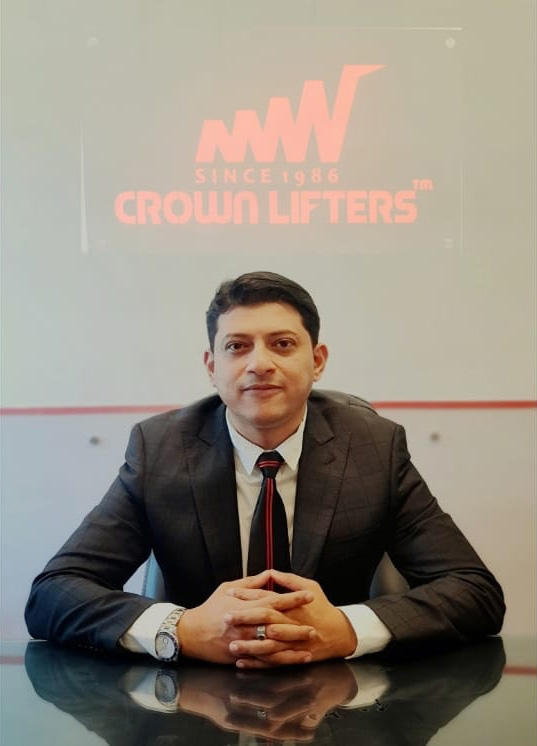 Karim K Jaria (1975) joined Crown Lifters in the year 1997 and has gained vast experience in the field of construction equipment rental and trade business. Soon after he joined the company, he realized the potential of the growing equipment rental and trade in India. He started importing cranes as early as 1998 to meet the ever-growing demand for technologically sophisticated construction equipment in the home market.

The highest capacity crane by lift was 75 MT then, which he now has grown to 750 MT. Before being appointed the CMD of Crown Lifters in 2007, he has been employed for training and duty in almost all departments of the company. He has served the company for many years through various departments namely Logistics & Field Support, Sales & Marketing, HR, HSE, Accounts, Banking & Finance, Imports and Exports, etc…..

He was also elected and appointed as the President of the All India Crane Owner's Association in the year 2015. In the year 2016 Crown Lifters got listed on the NSE SME Emerge board, India under his leadership. His dedication to the company and industry has been highly commendable. 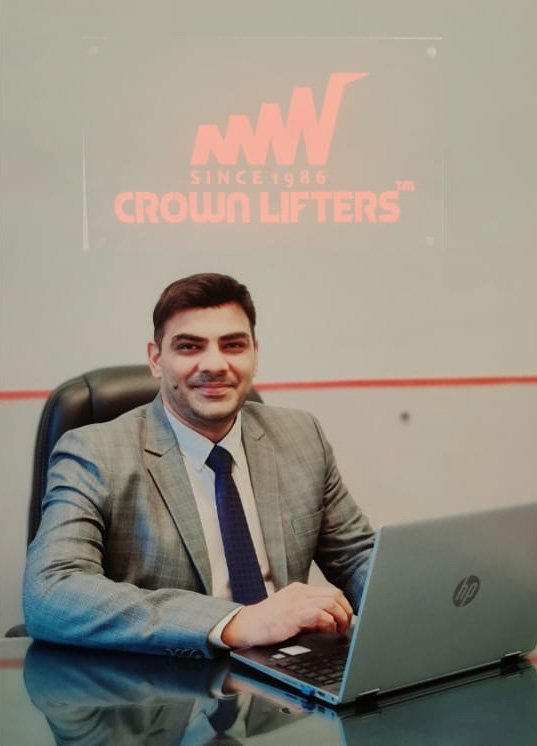 On and above the role of CFO he performs other Executive Director responsibilities, namely in the department of HR, Logistics, and Field Support. Due to his experience in various departments, he does not like to just be behind the desk but also performs in the Field. He has been a dedicated team player for the company.

Hit enter to search or ESC to close

It’s not the job we provide… It’s the experience we build.

At Crown Lifters we value our relationship with our employees and go beyond providing them with just a job. We aim at building an experience for them. We shape our employees’ attitude, skill and knowledge through continuous training, development, reward and recognition programmes. We inculcate qualities such as transparency, innovation and integrity in every phase of our association with them.

Crown Lifters promises to be an equal opportunity workplace with a deep commitment to build careers.

Minimum 1 year experience as helper/rigger with any type of cranes/construction equipment. Ready to work on field Pan India (Male)